I worked as a bartender and waiter in a Beef O’ Brady’s for two years (back in 2008) to save up money to finish my Informatics degree at Indiana University Bloomington. Working there, I became close friends with the kitchen manager, Brendan Barry, who has since become my best friend. He went on to culinary school where he staged at Bouchon Bakery in New York and later moved back to Indiana where he became Executive Chef at a few different local restaurants.

Since founding Nullen I’ve had the opportunity to work with Brendan on the marketing, website, advertising, and brand identity of the restaurants he became Executive Chef of. Which opened up more opportunities with other restaurants along the way. These experiences were crucial in giving me the ability to handle the pressure of helping several struggling restaurants — on brink of bankruptcy — during the Covid19 shutdowns of 2020.

Prized Pig reached out to me because they were struggling to stay afloat after the shutdowns. At the time, they were refusing to let go of “dine-in” when patron comfort levels and government policies weren’t working in their favor. The dining room was continually empty and the ownership wanted to change that. Despite the pressure to focus on dine-in, we worked with the staff to come up with carry-out advertising and menu items. “Handhelds” proved to be a great way to get people to quickly stop by and pick up a higher quality lunch or dinner on the go than if they swung by McDonalds. 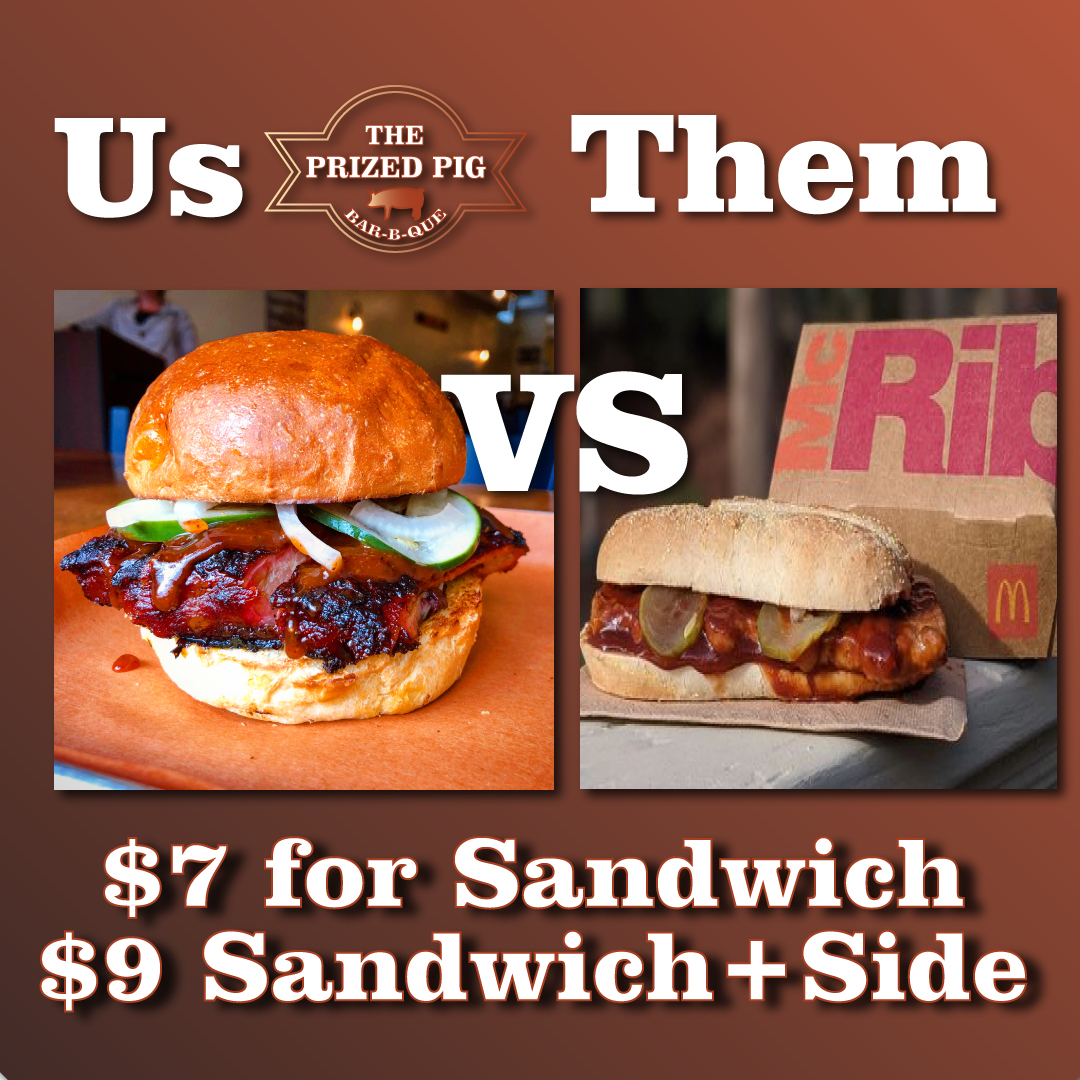 Our, “Us vs. Them” Campaign that was timed with McDonald’s launch of their seasonal McRib.

Then we convinced staff & ownership to do a huge push to put together a Super Bowl campaign. When product development & marketing work hand & hand you’ll almost always do well. We built a campaign around Super Bowl Buckets. Putting together a variety of buckets that people could pre-order and pick up on the day of the Super Bowl. These were a massive success. Increasing restaurant profits for the month by 600%. 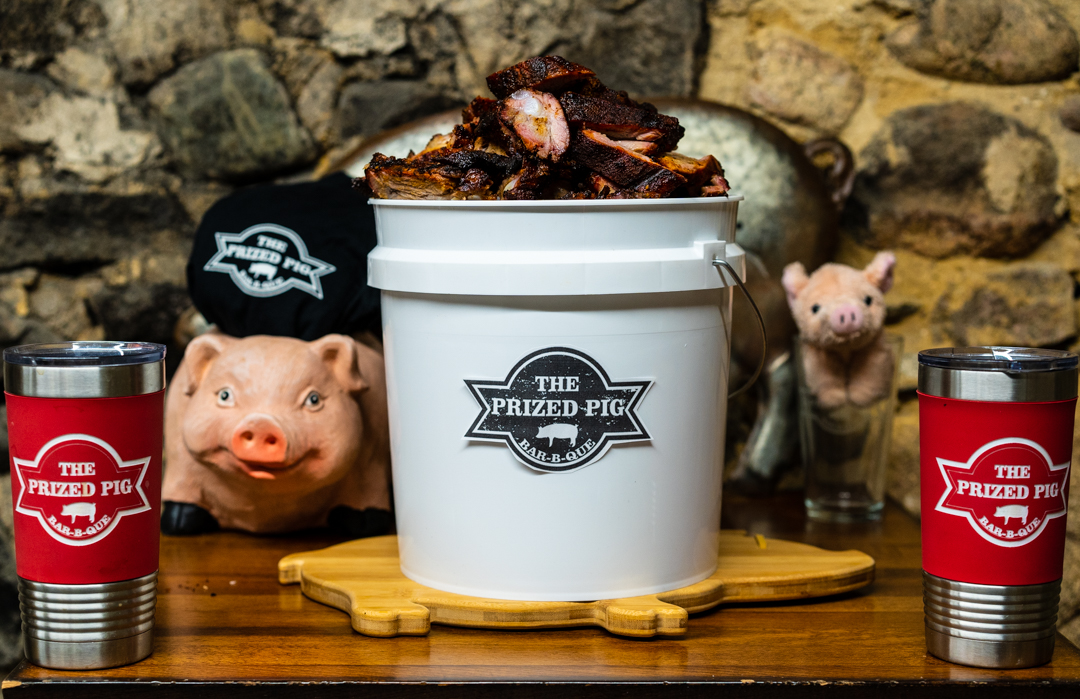 Our, “Super Bowl Buckets” Campaign that earned the restaurant enough cash to get through the 2020 shutdowns.

Sometimes you just gotta have some fun with it.

For restaurants, the biggest challenge is cultivating enough visual content to be able to post regularly. One massive thing we provided Prized Pig was stopping by for a long photo session where we took over 1,000 photos with the intention of utilizing them for the year for different promotions & content. This became a massive asset because the photos were used on every platform, paid-for advertisements, and on their website. 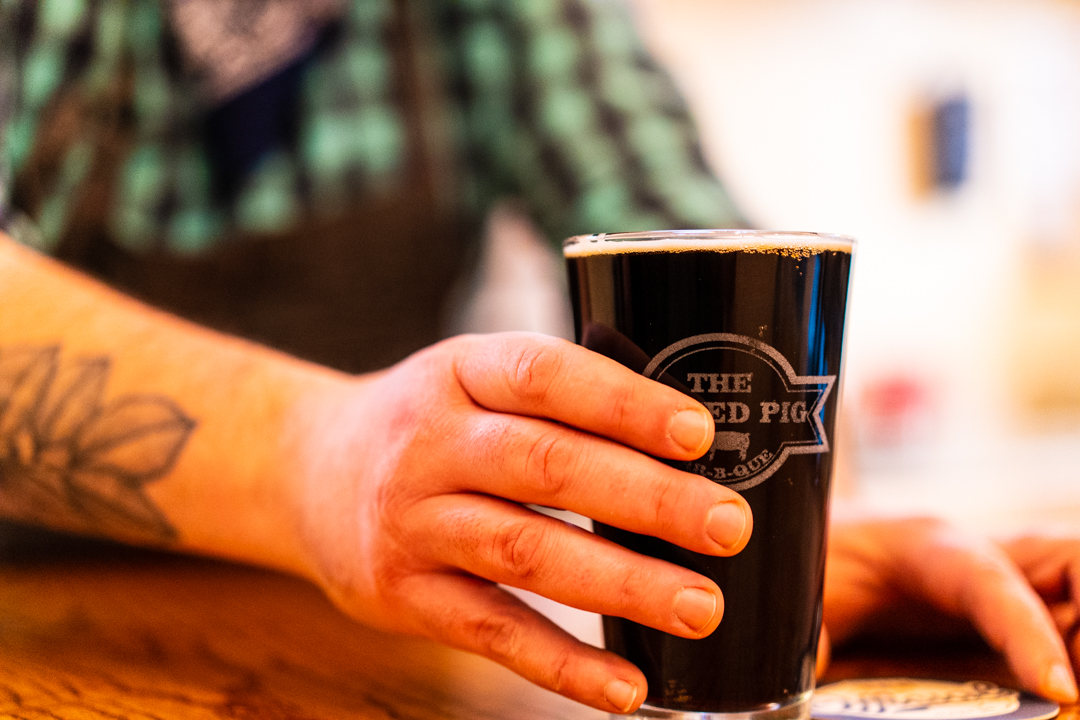 High quality photos make it easy to sell what you do.

After a change in ownership, Render was looking to pivot and redevelop their online brand identity. They were removing the Meat & Potatoes from their logo and wanted to focus on creating a unique dining experience locally in South Bend. The challenged they proposed was they wanted a new website and they wanted it done quickly. Lately, we’ve been doing responsive websites for small businesses in 30 days for $3,000. Then they chose to also take advantage of our over-engineered AWS web hosting for $425 for 3 years. 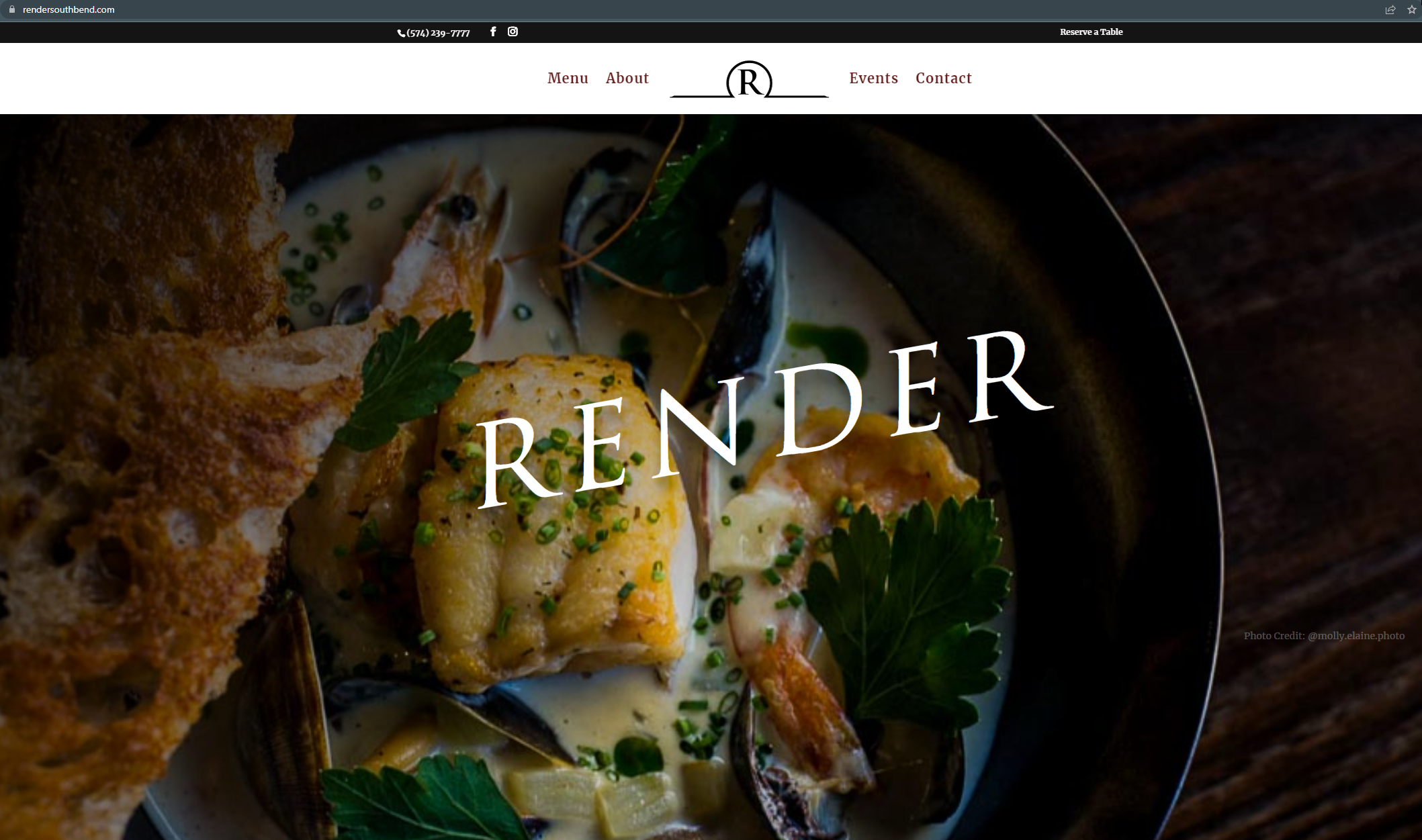